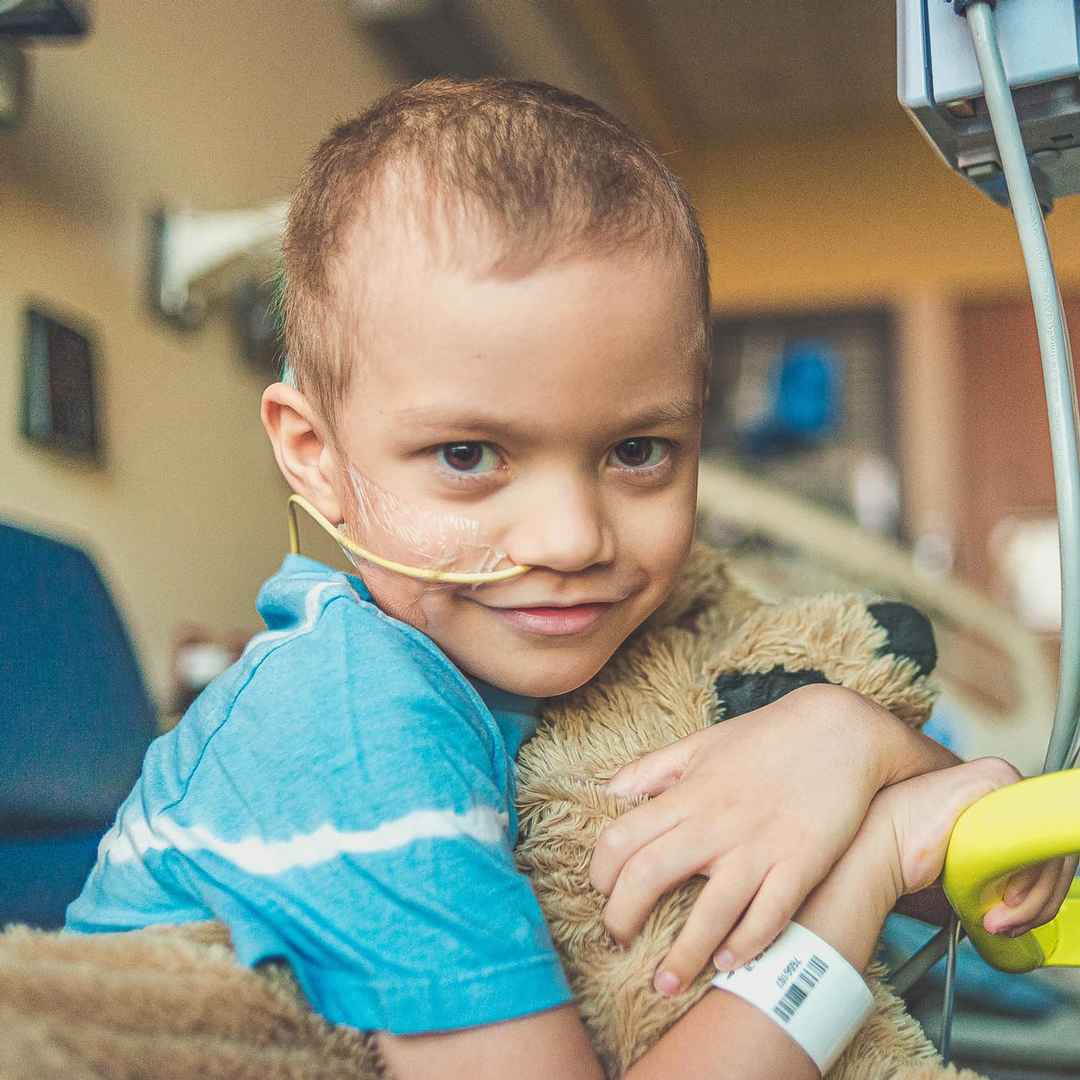 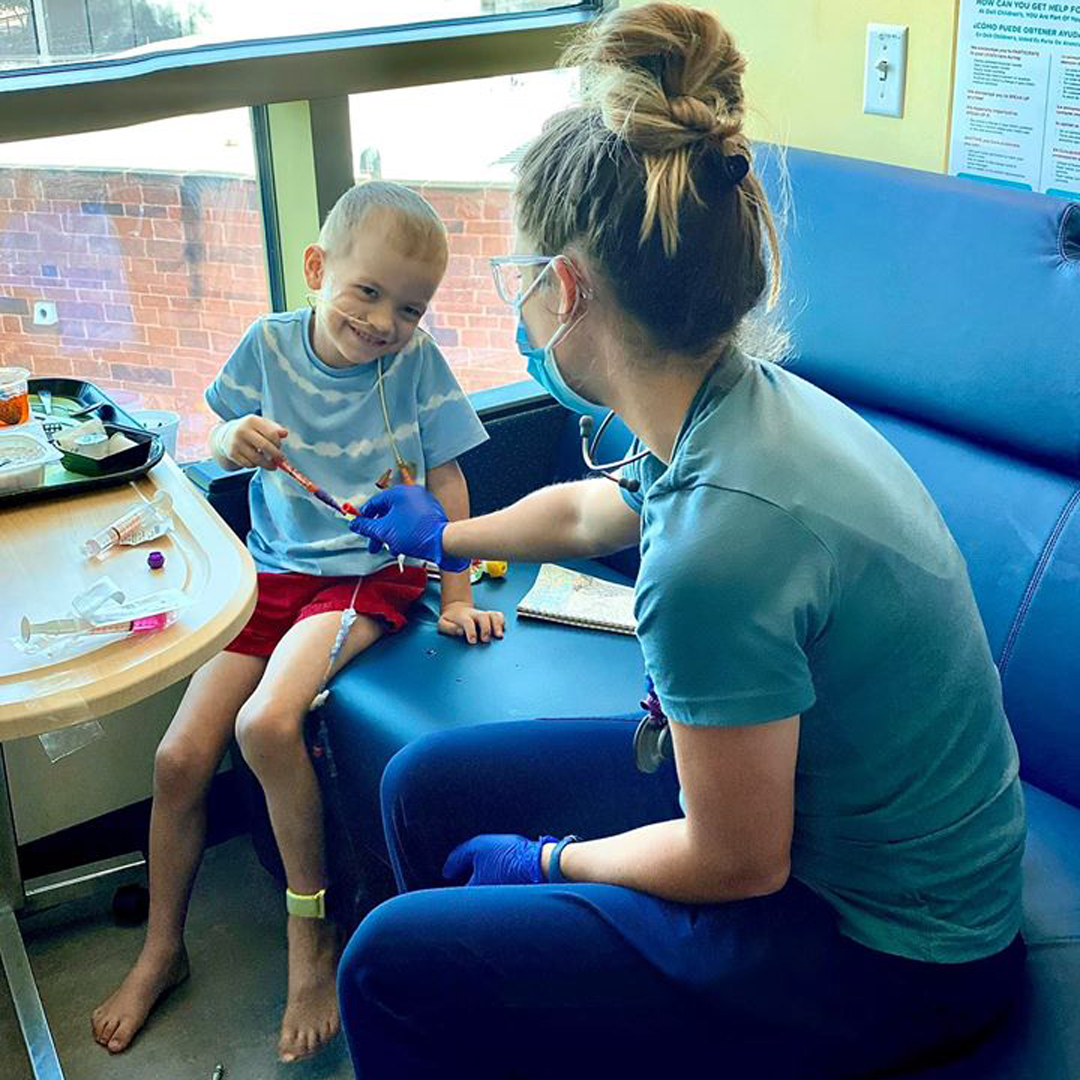 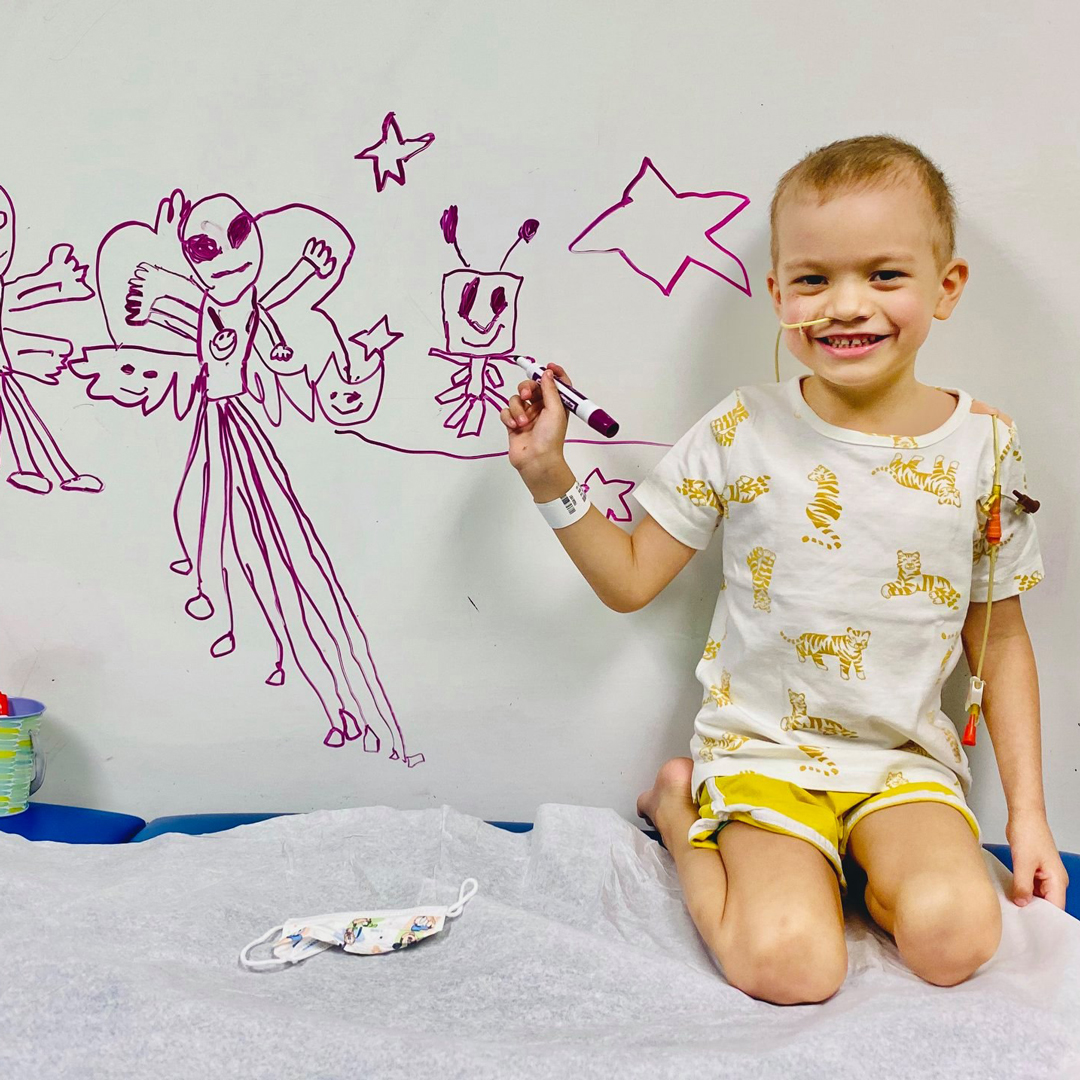 Meet Penn, a five-year old boy from Austin who wants to grow up to be a doctor, and a racecar driver – on the side, of course.

On December 15, 2019, Penn was in Los Angeles acting in a television pilot when he began having difficulty walking due to abdominal pain. Two days later, after returning home to Austin, his pediatrician was concerned enough to call for more testing.

Within an hour, his parents received a phone call that Penn’s blood cell counts and hemoglobin levels were in a place where they needed to get him to Dell Children’s Medical Center immediately.

On December 17, 2019, Penn was diagnosed with high-risk Acute Lymphoblastic Leukemia.

This would begin an unforgettable journey with Dell Children’s, where they would find just the care they need, right HERE, in Austin.

Please consider a gift to help support kids like Penn this holiday season.

After five-year old Penn was diagnosed with Acute Lymphoblastic Leukemia, he was admitted to Dell Children’s Pediatric Intensive Care Unit to receive multiple blood and platelet transfusions. In the first two days of Penn’s intensive cancer treatment, he needed 7 blood transfusions to keep his body working. This meant spending Christmas and New Year’s away from family and friends, including his little brother, Bo. From Penn’s family website, “When I’m in the hospital, my little brother Bo can’t see me and it’s so hard. It makes us both so sad. Before the virus, Bo was allowed to meet me in the entrance of the hospital in a private area where we could say hi to each other as long as I didn’t have a fever and I had fevers a lot, so this time was really special.”

Since December 2019, Penn has spent more than 100 nights at Dell Children’s and had more than 25 blood product transfusions. In September, Penn began his first day of Kindergarten. Thanks to virtual learning, he is able to participate alongside his classmates. Penn’s chemotherapy treatment plan will last 2 more years and end March of 2022, when he will be 7 years old. His family is so grateful to have their new Dell Children’s family, right HERE in Austin as they continue their journey to watch Penn grow up to lead a happy, healthy life. We hope you will join us and be a part of Penn’s story and the story of so many others by giving a gift to support Dell Children’s today.

MAKE A GIFT TO HELP KIDS LIKE PENN TODAY

You have Successfully Subscribed!

You have Successfully Subscribed!